One of the central questions SAP customers have about moving to SAP S/4HANA is how to get started.

In this video interview at the SAP TechEd event, Raphael Maultzsch, principal IT architect at SAP, took me through four primary steps designed to give IT and business teams a window into the future for practical planning.

“The two biggest questions customers have about moving to SAP S/4HANA are ‘How can we find out which business processes we have to change and what happens to our custom code?’” said Maultzsch. “We’ve designed the four-step journey to SAP S/4HANA to answer those questions, helping customers map the best route to achieve their individual business demands.”

Step 1: Know What to Expect

According to Maultzsch, companies can start with the SAP Readiness Check tool, essentially a preparation step for what is to come.

“Whether you have already decided to move ahead with SAP S/4HANA or have just begun exploring your path to the intelligent enterprise, SAP Readiness Check helps you see what lies ahead after project kick-off and factor that information into your decision-making,” explained Maultzsch. “The idea is to help people understand what they need to prepare beforehand so they can better budget time and resources for the project.”

For example, during our interview, we watched as the full-color, interactive dashboard identified which business processes, functions, user interfaces, and data management practices a company would need to evolve to take full advantage of SAP S/4HANA innovations. The in-depth analysis covered business functions, transactions, and even compatibility with add-ons across enterprise resource planning (ERP) applications, such as finance or supply chain, as well as industry-specific processes. It identified which custom code companies would need to adapt. The tool’s comprehensive report also provided people with an in-depth understanding of software prerequisites and infrastructure requirements.

Once the project begins, the second step was running the ABAP test cockpit to find out which reports depend on custom code that would be affected in moving to SAP S/4HANA.

Surprisingly, while many people equate custom code with greater project effort, just the opposite is often true.

“People tend to make custom code their first priority because they have the most fears about what happens to it when they move to SAP S/4HANA,” said Maultzsch. “However, we’ve found that companies aren’t using approximately 50 percent or more of their legacy custom code. What’s more, adapting custom coding takes far less effort than most companies expect.”

Quality data is paramount to any system transformation. In fact, Forrester researchers predicted that “2020 will be a wake-up year for many organizations, as the total cost of getting data wrong will become apparent.” Maultzsch agreed that bringing together accurate, consistent, and relevant data from anywhere in a company is critical to bringing advanced technologies like artificial intelligence (AI) and machine learning into business. He then showed me the third step in moving to SAP S/4HANA, which involved scanning the system to “make sure data is consistent for proper conversion.”

Step 4: Keep Downtime to a Minimum

Companies have several options to minimize downtime during the switchover to SAP S/4HANA, notably the Software Update Manager tool. Maultzsch suggested the near-Zero Downtime technology for companies with tight downtime requirements. It is designed to manage large data transfers in relatively short timeframes, typically accomplished over the weekend, even for huge database sizes.

Of course, there are more than these four overview steps involved in moving to SAP S/4HANA. Maultzsch encouraged both business leaders and IT professionals – including consultants and architects – to think of these four steps as a foundational project guide.

“Maybe your CIO has said we’re moving to SAP S/4HANA, or you’ve heard about the importance of SAP S/4HANA in becoming an intelligent enterprise in the experience economy, but you don’t know where to begin,” he said. “These are the four steps to help structure your project and start planning for your next business innovation.” 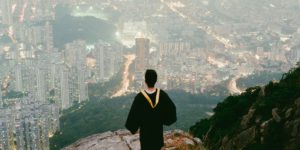 Today, a staggering skills gap is jeopardizing digitalization. Many business leaders believe their company will no longer be competitive if it does not become significantly digitalized and more than half …